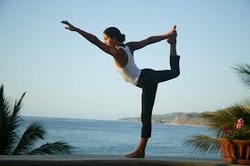 Chinese philosophy has been closely connected with politics, morality, and religion. It does not try to understand the world, but it tries to make people great.

Taoism is concerned with becoming great by becoming one with the inner way of the universe.

Confucianism is concerned with developing humanity by cultivating human heartedness and the social virtues.

Inner greatness is the peace and contentment of spirit in one's completeness. Outer greatness is the ability to live well practically and with social dignity. The emphasis is sageliness (wisdom) within and kingliness (nobility) without.

The emphasis on human greatness leads to ethics, spiritual life, familial virtues, and filial love. The cornerstone of Chinese morality is the great love and respect within the family. Synthesis and harmony bring tolerance, sympathy, and a completeness to life.

Contrary to many peoples belief Buddha is not a God, but rather a man, a great philosopher. Guatama Siddhartha is the man from whom the philosophies of Buddhism stem. Guatama Siddhartha's father was determined to shelter his son and keep him safe from the suffering in the world. He gave him the best of everything, never letting him be hurt. But with suffering being as prominent as it is in this world, nothing could keep the young boy sheltered from it.

He was greatly touched and moved by the suffering of others and was determined to live a life in which he eased others sufferings. So came about the philosophies of Buddhism. There are four noble truths in Buddhism. These are

FOUNDER - Hinduism has no human founder.

MAJOR SCRIPTURES - The Vedas, The Upanishads, The Agamas, The Shruti etc.

SYNOPSIS - Hinduism is a vast and profound religion. It worships one supreme Reality (called by many names) and teaches that all souls ultimately realize Truth. There is no eternal hell, no damnation. It accepts all genuine spiritual paths - from pure monism ("God alone exists") to theistic dualism ("When shall I know His Grace?"). Each soul is free to find its own way, whether by devotion, austerity, meditation (yoga) or self service. Stress is placed on temple worship, scripture and the Guru/disciple tradition. Festivals, pilgrimage, chanting of holy hymns and home worship are dynamic practices. Love, nonviolence, good conduct and the law of dharma define the Hindu path. Hinduism explains that the soul reincarnates until all karmas are resolved and God.

Realization is attained. The magnificent holy temples, the peaceful piety of the Hindu home, the subtle metaphysics and the science of yoga all play their part. Hinduism is a mystical religion, leading the devotee to personally experience the Truth within, finally reaching the pinnacle of consciousness where man and God are one.


TEN KEY HINDU BELIEFS
Beliefs are the building blocks of the mind, our beliefs determine our thoughts and attitudes about life, which in turn direct our actions. By our actions we create our destiny. Beliefs about sacred matters - God, man and cosmos - are essential to one's approach to enlightenment. But beliefs are not mere matters of agreement. They are what we value and hold as true. Basically what we believe, we can achieve. Hindus believe many diverse things, but there are a few bedrock concepts on which most Hindus concur. The following ten beliefs, though not exhaustive, offer a simple summary of Hindu spirituality.

Christianity
Christianity is a monotheistic religion. Christians believe in one God as manifested in God the Father, God the Son and God the Holy Ghost. God the Son came to earth as Jesus Christ, whose earthly father Joseph was descended from David, King of the Jews. David ruled Israel around 900 B.C. and Jesus was born in the time of Roman Empire of Caesar Augustus about 2,000 years ago.

Christians believe in a heavenly kingdom, which can be attained through faith in Jesus as the Son of God. Jesus said that we should love God and also love our neighbor as our self. So faith and love are two important requirements.

After the crucifixion of Jesus, his followers spread his teachings to the then Mediterranean world, ruled by the Romans. Most of Europe embraced Christianity and today about one fifth of the world's population is Christian. Many leaders including Martin Luther and John Calvin have reformed the original Roman Catholic doctrine. Today, many factions of Christianity exist side by side.

Islam
Islam, one of the three major world religions, along with Judaism and Christianity, that profess monotheism, or the belief in a single God. In the Arabic language, the word Islam means "surrender" or "submission"--submission to the will of God. A follower of Islam is called a Muslim, which in Arabic means "one who surrenders to God." The Arabic name for God, Allah, refers to the same God worshiped by Jews and Christians. Islam's central teaching is that there is only one all-powerful, all-knowing God, and this God created the universe. This rigorous monotheism, as well as the Islamic teaching that all Muslims are equal before God, provides the basis for a collective sense of loyalty to God that transcends class, race, nationality, and even differences in religious practice. Thus, all Muslims belong to one community, the umma, irrespective of their ethnic or national background.

Within two centuries after its rise in the 7th century, Islam spread from its original home in Arabia into Syria, Egypt, North Africa, and Spain to the west, and into Persia, India, and, by the end of the 10th century, beyond to the east. In the following centuries, Islam also spread into Anatolia and the Balkans to the north, and sub-Saharan Africa to the south. The Muslim community comprises about 1 billion followers on all five continents, and Islam is the fastest-growing religion in the world. The most populous Muslim country is Indonesia, followed by Pakistan and Bangladesh. Beyond the Middle East, large numbers of Muslims live in India, Nigeria, the former republics of the Union of Soviet Socialist Republics (USSR), and China.

One of the reasons for the growth of the Muslim community has been its openness to new members. Children born to Muslim parents are automatically considered Muslim. At any time, a non-Muslim can convert to Islam by declaring himself or herself to be a Muslim. A person's declaration of faith is sufficient evidence of conversion to Islam and need not be confirmed by others or by religious authorities.


THE TEACHINGS OF MUHAMMAD
Around the year AD 570 Muhammad, the founding prophet of Islam, was born in Mecca, at the time the central city of the Arabian Peninsula. Some 40 years later Muhammad started preaching a new religion, Islam, which constituted a marked break from existing moral and social codes in Arabia. The new religion of Islam taught that there was one God, and that Muhammad was the last and most important in a series of prophets and messengers. Through his messengers God had sent various codes, or systems of laws for living, culminating in the Qur'an (or Qur'an (Koran)), the holy book of Islam. These messengers were mortal men, and they included among many others Moses, the Hebrew prophet and lawgiver, and Jesus, whom Christians believe to be the son of God rather than a prophet.

Islam also taught that the, the Christian Bible (which includes the Hebrew Bible as the Old Testament and an additional 27 books referred to as the New Testament), and the Qur'an were all holy books. According to the Qur'an, the two earlier Scriptures had been altered over time from their original forms given by God, while the Qur'an would remain perfect, preserved by God from such distortion. In addition to distinguishing itself from the Hebrew and Christian traditions, the new religion taught that the God of Islam had provided humanity with the means to know good from evil, through the prophets and the Qur'an. Therefore, on the Day of Judgment people will be held accountable for their actions.[1]